As I write this, Wednesday morning, I and pretty much the whole world (not just basketball/NBA fans), are still coming to grips with the fact that Kobe Bryant, his daughter, and seven others died in a helicopter crash in Calabasas, California early Sunday morning. Only those who transcend sports have the aura to warrant “breaking news” cut-ins on live television stations up and down the dial. This tragedy lead the top of 5 PM, 6 PM, and 11 PM newscasts for multiple days, and I’m not talking about ESPN’s SportsCenter. Kobe Bryant first crossed my radar in 1995 as a senior in high school. I had the pleasure of working for Greg Shemitz, owner and publisher of Big East Briefs. My responsibilities for the newsletter, which chronicled all things Big East Conference basketball had to offer,  included tracking down high school basketball players/coaches, to find out which conference schools were recruiting them. Most of my work was done by telephone, but once in a while, there were camps or clinics nearby that I got to attend in order to speak with players. One such was the prestigious Adidas ABCD camp. This one featured many of the top freshman, sophomore, junior, and senior players from around the nation. Aside from being split up and placed on teams for games, the campers also took part in school preparation workshops, and had guest speakers sharing important life lessons with them. For a few years, the camp was held at Fairleigh Dickinson University in Teaneck, New Jersey, and I, and my intrepid sidekick reporter (my amazing father), were all over it. Each player was assigned a number and tracking them down was not easy. However, when we did, the information we received flowed freely (these kids loved to talk). There was a palpable buzz in the cavernous recreation center over the three-day event, and while there were four courts with games going on, the only one that mattered was the one in which this kid named Kobe (son of Jellybean Joe Bryant) was playing. His reputation coming in was already stellar, but game by game here it was cemented! In fact, word was getting out that the young man was I eyeing a direct jump to the NBA. I will never forget watching and being in awe as this gangly athletic freak (that’s a great thing) made play after play that belied his young age. Here is a photo my friend Greg took of a young Mr. Bryant (then a senior at Lower Merion High School), right around this same time. Is that a million-dollar smile or what? I will readily admit that despite his otherworldly talents on the basketball court, there was a part of me that soured on him for eschewing college basketball altogether. Then, when he  became a Los Angeles Laker, it furthered my distaste. As a kid, I despised the purple and gold and all of the winning they did. So, I never pulled for Kobe’s Lakers teams, quite the contrary, I  rooted against them. It was nothing personal, I just wasn’t a fan. He made it hard however, because he was just so damn good, especially in big moments. There were times when I would change the channel as he was bringing the ball up the court, his Lakers down one point, and time running out. Deep inside, I just knew he was going to win the game, and I didn’t want to see it. Of course, when I turned it back on, he was either on his teammates shoulders or being interviewed court side. That’s who he was. As long as there was time left on the clock, and there was a chance to win, he was going to get it done!

That is a mindset I try to instill in the basketball teams I have coached for the past 20 years. Kobe had a drive for greatness, fueled by working harder than anyone around him. Make no mistake, he was blessed with size, speed, athleticism, TALENT, etc. (heck, this guy hit the genetics lottery), but what set him apart from many of his contemporaries, was that he worked at his craft as if he had none!

On Sunday in the aftermath of the crash, there were many people on television talking about the Kobe they knew, and of all the ones I had seen, one stood out. Jim Gray is a sportscaster that has been around for many years, and he is/was a close friend of Bryant, his father, and his family. I watched as he fought back tears while appearing on Fox News Channel’s wall to wall Kobe coverage, reminiscing about his relationship with Kobe and the Bryants. At the end of his interview, he shared a clip from the final interview he did with Kobe. It came an hour and a half after his last game as a Laker (one in which he scored 60 points mind you). Below is a portion of that interview, pay attention to the amazing answer he gives to the question: “how do you want to be remembered?”…

Rest In Peace Kobe, and all who perished Sunday!

And that is My 2 Sense, for the first time in a long time.

Rutgers Breaks Top 25 But There’s Still Plenty Of Work Ahead
Previous Post
Jersey Hardwood – Seton Hall Has Won 10 In A Row And Rutgers Continues To Amaze. The State Of Garden State Hoops Is Just Fine! 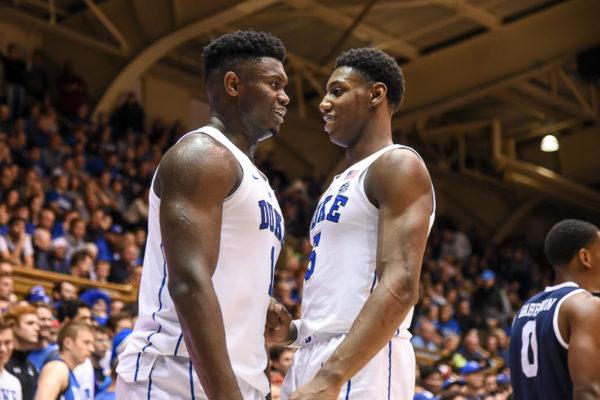 More Sports Now @MoreSportsNow
MoreSportsNow RT @ShawnB_247: I don’t dabble much on the BBall side but this is a HUGE recruiting win for @RutgersMBB https://t.co/oBgqvOatwC
8h • reply • retweet • favorite
MoreSportsNow A huge day for @RutgersMBB as Cliff Omoruyi is coming to the banks! Oh and Greg Schiano has been doing a pretty go… https://t.co/Fpe0cMFNgC
22h • reply • retweet • favorite
website designers