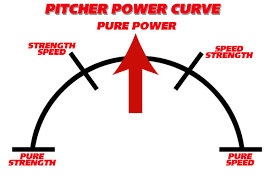 For anybody who has been paying attention to what’s happening in baseball over the last 5 or 6 years, the days (years, actually) of building your team around a power pitching staff are a thing of the past. Or they should be.

Just look at what’s going on in New York City. The Mets, with a bevy of young and talented pitching arms, are struggling to stay relevant, despite being one of the favorites to win the pennant, in large part because of injuries to this bevy of young and talented pitching arms. The Yankees are one of the hottest team in all of baseball, despite having a pitching staff that’s been deemed suspect, at best, in what was expected to be a rebuilding season.

The architects of the Mets built this team around power pitching over the past 4-5 seasons, with this season being the one when everything came together. A mix of veteran players and young stud pitchers. Sounds like a great plan.

However, to paraphrase Mike Tyson, ‘Everyone has a plan until their pitchers get hurt.’ So the Mets are struggling to get to .500 in a sub-par National League. Entering play this weekend, the Mets are 23-29, ten games behind the Washington Nationals. Since the NL East stinks, the Mets are in second place.

Meanwhile, across town (and slightly north), the Yankees have found success with a different formula; young, talented unproven players, a few key veterans, mediocre starters and a great bullpen. The Yankees have had a few injuries of their own, most notably their 100 mph closer Aroldis Chapman, but the Bombers are 31-20 with a three-game lead in the American League East.

In light of the epidemic of arm injuries at all levels of baseball, maybe the Yankees have hit on the right formula going forward. Instead of investing in the delicate arms of young power pitchers, arms that can (will?) break at any time, stockpile resilient arms, invest in athletes, emphasize offense, get and stay young.

As the NBA moved away from building teams around the ‘Big Man’ and running backs no longer are the most important position in NFL offenses, now is the time for Major League Baseball to stop building their team around power pitchers.

Steve Tichenor
A lifelong sports fan, is a voice- talent and producer based in New York City. He has voiced several national TV commercials, promos and television programs. Some of his clients include Sports Illustrated, NASCAR and the NCAA.
View All Posts by Author
Suss Sez
Previous Post
Tavistock CC hosts the 116th NJSGA Amateur
Next Post
You May Also Like